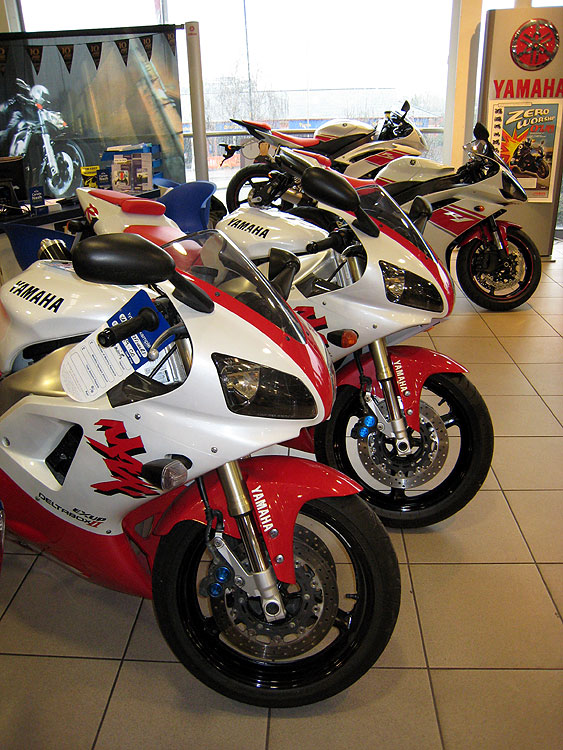 I noticed that one of the old ones had what looked to be the original ME-Z3 tyres on it and queried it with the salesman. He said that it was privately owned by a customer of the dealership, and had only covered about 600 miles from new!!

It was also the launch of the KTM RC8 superbike. It fits Andy: 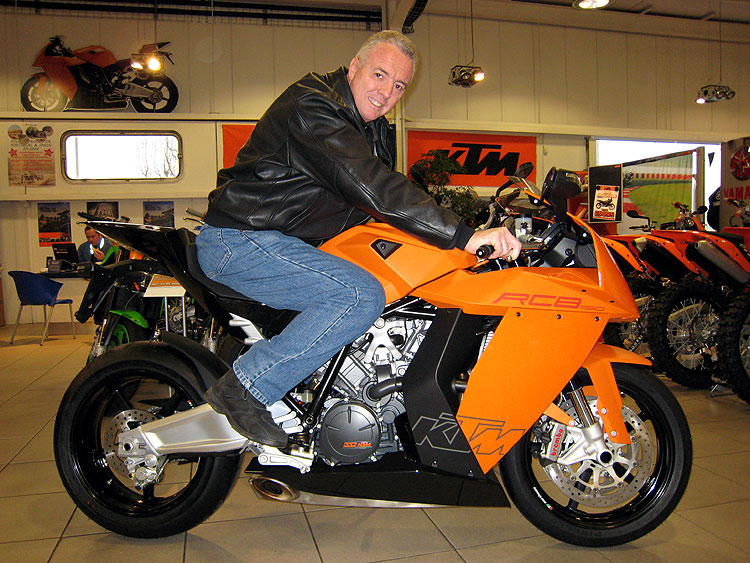 but I was very much on tip-toe.

I had been intending to have a two-hour demo ride on the new '08 Fireblade ... it was my birthday and I'd asked nicely

but it started pouring down with rain as soon as I arrived at the dealers,

so I've put that off until next weekend.

I dig that RC8. Ergos don't look so bad either, at least from the picture.

Does it ever not rain in the UK?

Thanks for sharing Janet.

Man, what a cool line up - I love seeing the evelotion of bikes over the years ! Thanks for posting up - Oh yeah , I still dont like you Brits very much, you guys always get the cool bikes first, you have much better bike mags ,can got to GP or WSBK races in diffrent contires with out a whole lot of fan fair -

"What kind'a tires you runnin'?"

Finally ...
In the end the weather gave us one day of something approaching spring last Saturday, so I eventually got to take the '08 Fireblade out for a spin. 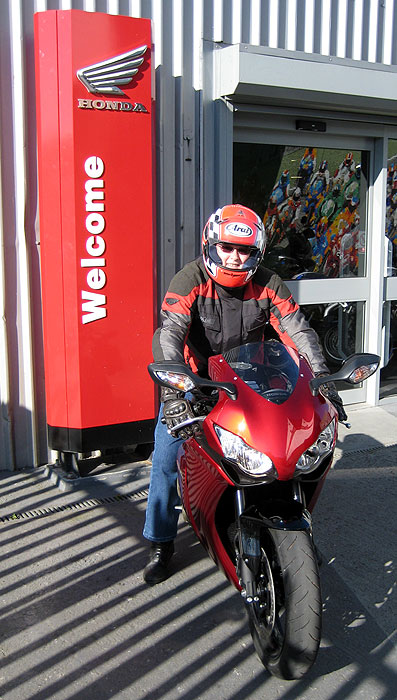 Here are my brief impressions/comparisons with my '06 R1.

For me (5'6") the 'Blade isn't as ergonomically suited as the R1. The bars, while no lower, appear to be a longer reach from the seat. And the footpegs are higher than on the R1, and a little too far forwards for my taste. I found that I had to rotate my hips quite forcibly to get my feet onto the pegs when I pulled away, and I was getting some discomfort in the backs of my knees by the end of the 40 miles I did.

Handling, steering and suspension wise there didn't seem to be much to choose between the 'Blade and the R1, at least not on the roads I was riding on. It might be different at full tilt on a track ... but I'm exclusively a road rider, so it wouldn't be a factor either way for me between these two bikes.

The injection is pretty good, the best I've encountered on a Honda, but it's not a match for the excellent injection on my R1, making town work rather harder work than it might have been. It was particularly abrupt coming off the throttle in lowish revs in the lower gears, which is what you tend to be using in town.

The exhaust note is strange. There's nothing at all until about 4000 RPM, then all of a sudden there's a sound almost like a diesel van, from nothing to quite loud within about 50 RPM difference, and emanating from your right foot ... most peculiar! It settles into a more even note at higher revs again, but I prefer the howl on my R1.

The power increases in a very linear manner - there's almost certainly a little bit more mid-range than on my R1, but less of an exciting rush at higher revs. Somehow it made it feel less exciting, even if very fast, to ride.

I was wearing demin jeans and found the seat to be a very real issue. I have never ridden a bike with a more slippery seat! the first time I really opened it up hard I found myself clinging on to the handlebar grips with fierce (and slightly desparate) determination, as my backside slid backwards along the seat until it reached the back-stop. It wasn't much better when leaned over on a bumpy bend, when I started to slide sideways.

The brakes, while they certainly hauled me up quickly enough, had a somewhat "soft" feeling about them, which I wasn't keen on. I much prefer the fierce initial bite on my R1's brakes.

It is, undoubtedly, a very very good bike, and I enjoyed having the opportunity to ride it. If I didn't have my R1 to compare with, I might even have considered buying one. But for the aspects of a bike that matter most to me, it simply wasn't as good as my R1, so no reason to even think of making the change. I should point out that, while this is actually my third R1, I've had a few Hondas, and I'm not at all brand-loyal - I buy what I like at the time.

And, I'm keeping this to last, as it is entirely subjective. It doesn't look much better "in the flesh" than in the press photos. Unless it blew my bike away performance wise, why would I exchange this: 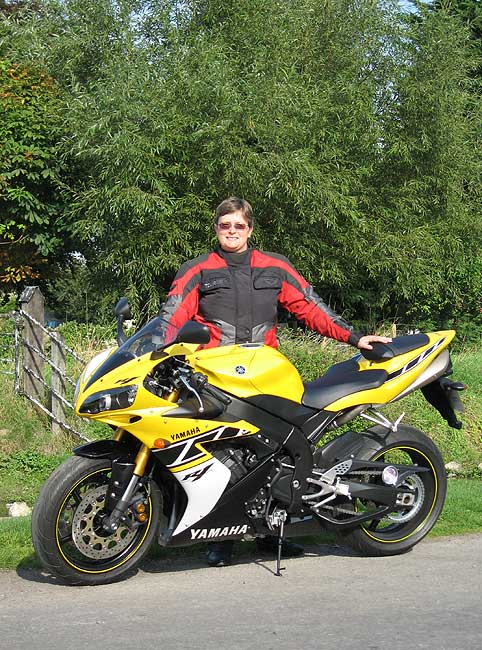 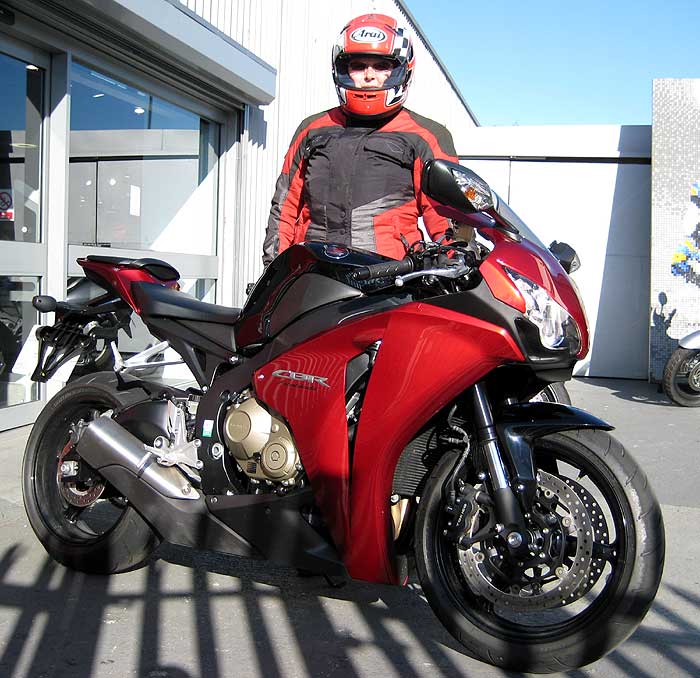