Join Date: May 2016
Location: Jamaica, NY
Posts: 143
Rep Power: 1
Not impressed by All Balls Fork Seals
My right fork was leaking since I bought the bike, I didn't want to not ride over the summer though since buying it, and kind of just managed the leak, cleaning the little trickle up after every ride, until I missed it one time and contaminated the rotor and pads.

So I bought new pads and because on my old bike, I had great success with some All Balls head bearings so ordered a set of their fork seals for this one. I help out at this great place about 10 miles away with their IT needs, and in exchange, they give me the use of one of their bays and for jobs I need guidance on (like this one) we work out a slow day and their lead mechanic treats me as his apprentice. I end up just paying for stuff like fork oil.

I went there yesterday, we got the bike on the lift and the forks off, he showed me how to disassemble one fork and let me do the other. There was barely any oil in that leaky fork, and what was there was just disgusting. He had me scrub them up with some crazy cleaner - I thought the lower was going to be stained forever, but a few squirts of this cleaner and a little bit of scrubbing, it all came up as good as new. Dried it all off, and the first odd thing came up, the new seals had these springs that the mechanic had to look up and cut to size. I kind of thought "ugh, maybe I should've just gone with Honda seals" at that moment. We got everything sorted though, he filled one tube with oil, then had me fill the other and the next thing I knew, we were cleaning the rotors and getting the wheel back on the bike.

He took it out for a test, said it felt much better but just take it easy bedding the brakes in. On my ride home, it did feel different, the bike wasn't as ready to lean back on acceleration or dive forward on braking as much as before, and it took bumps a bit better, but I noticed a slight leak out of the left fork when I got home. Should it do that a little at first or is one of those seals a dud?

Now I know the procedure though, I'd like to get even firmer suspension, perhaps some F4i forks and springs that would suit my weight better? I just know next time not to use aftermarket seals.
steev is offline
Quote Quick Reply
post #2 of 7 Old 09-11-2016, 06:16 PM
zaq123
`

As a suspension tuner I use OEM when possible. When I want the very best though such as on my own bikes

then I go with SKF 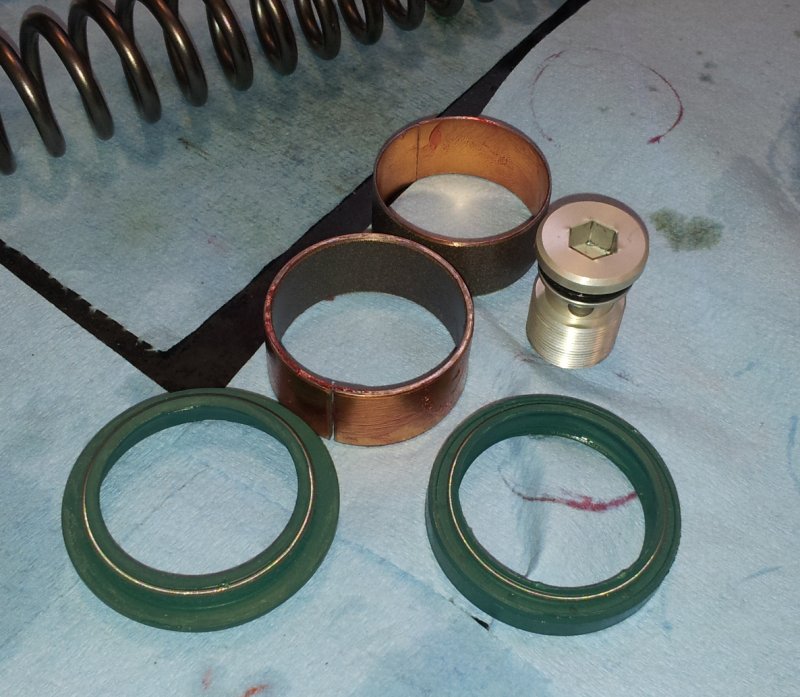 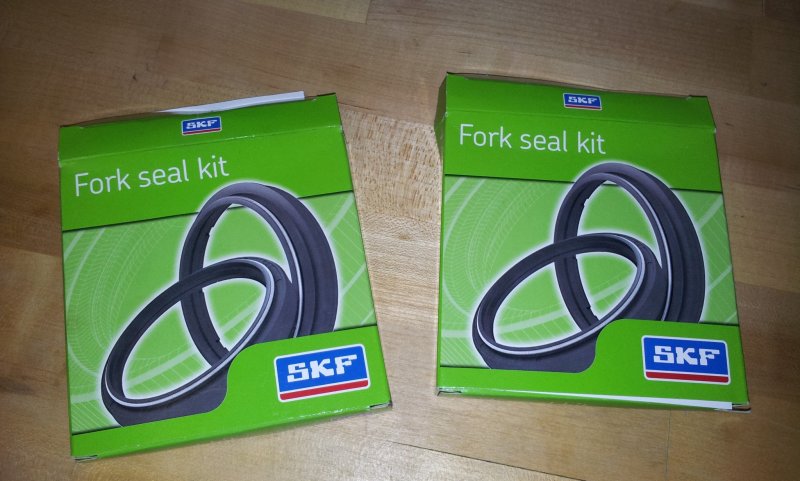 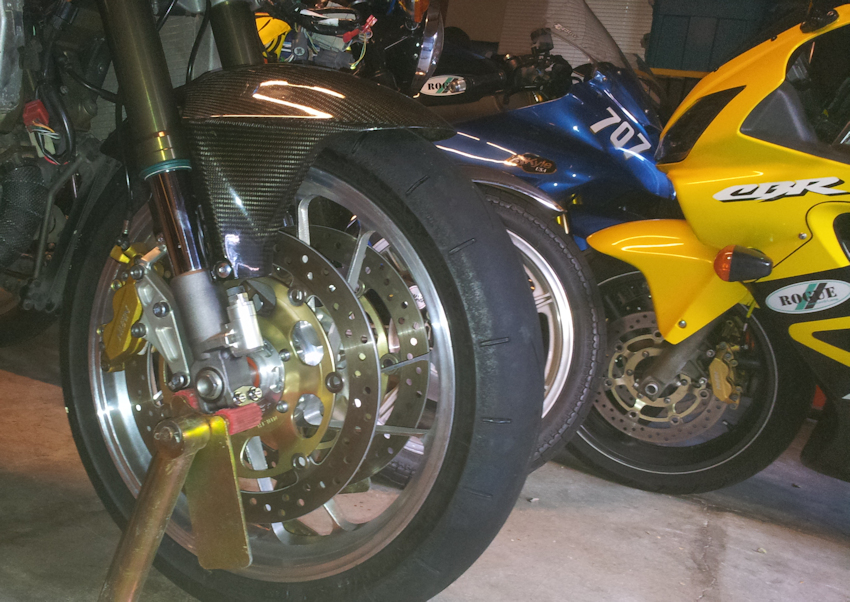 Join Date: Apr 2007
Location: Alberta, Canada
Posts: 957
Rep Power: 1
Garage
Before you replace the seal again try a product called Seal Mate, worked well on my ZX9R forks that were leaking badly and have been good ever since. If that doesn't work then replace with OEM or SKS like LDH suggested.

As for the forks I still love my OEM forks that I had rebuilt with Ohlin's internals at Dan Kyle racing. I'm pretty sure they sell it as a package if you want to install it yourself.
2016 Honda Africa Twin
2007 Honda 919
1998 Kawi ZX9R (Sold)
firedave is offline
Quote Quick Reply
post #5 of 7 Old 09-12-2016, 11:49 AM Thread Starter
steev
Milites Gregarius


Join Date: May 2016
Location: Jamaica, NY
Posts: 143
Rep Power: 1
I tried a seal mate before getting these seals, but I'll give it another go for the time being. Thanks.


Join Date: May 2016
Location: Jamaica, NY
Posts: 143
Rep Power: 1
Quote:
Originally Posted by LDH View Post
As a suspension tuner I use OEM when possible. When I want the very best though such as on my own bikes

then I go with SKF

Thanks LDH! I've never heard of SKF before. It was at the very least really satisfying to be able to clean the forks up so much. I thought the right one was always going to be stained!

Join Date: Oct 2007
Location: Calgary
Posts: 5,804
Rep Power: 1
Quote:
Originally Posted by steev View Post
Thanks LDH! I've never heard of SKF before.
SKF is one of the best, and many think the very best, re the design and manufacture of rolling element bearings and related bits such as bearing retainers.
So if you need wheel or gearbox bearings, SKF is a good thought - but be sure to get the correct internal bearing clearance grade.

Now to seals.
Rather, lip seals.

There's seals detailed for rotary sealing, with subsets as a function of peripheral speed (RPM x size)
For example, electric motor shaft seals for 3600 RPM motors can be a bit looser fit than those for a 1800 RPM motor with the same nominal seal size.
Rest assured that any All Balls seal will be a rotary sealing based design of unknown peripheral velocity consideration picked from some sub SKF source's simple sizing table.
So, an All Balls leaker could easily be a function of design and/or quality.

There's also seals designed specifically for axial sealing, such as forks and shocks would use.
SKF has come out with bicycle and motorcycle application specific axial seals, that are designed for low friction.
I've been told that Fox has been using them since last year.
High end motorcycle racetrack front end builders current and "in the know", have been using SKF fork seals in the recent past.
I've been told that the original range of available sizes was quite limited but has since been added to.